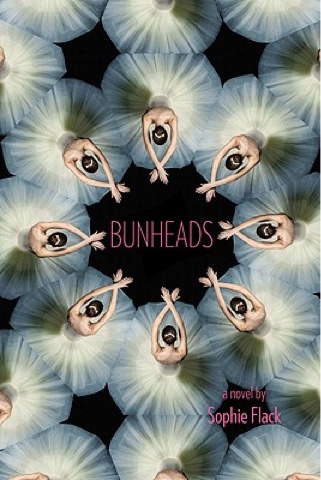 Book talk: When Hannah was fourteen she kissed her parents goodbye and moved to New York to live in the dorms at the Manhattan Ballet Academy. Ever since then her life has been entirely dedicated to dance. She spends the days rehearsing and the nights performing and any spare moments she can grab are spent exercising to strengthen her core. She's lived in New York for five years but has hardly seen the city at all. All her friends are ballet dancers and if she ever gets a boyfriend he probably will be too. It's a hard life, but Hannah loves it and knows that all her sacrfices have been worth it. Or at least she used to. Ever since she met Jacob she isn't sure what she really wants, or what she's willing to sacrifice to get it.

Rocks my socks: Sophie Flack was actually a dancer at the New York City Ballet for nine years so she provides a wonderfully detailed insider's point of view. Reading the novel I got the sense of escapism I usually achieve from reading a books set in another country or a fantasy world. Like many little girls who danced about in tutus, I often used to wonder what the life of a professional ballerina would be like. Although judging from this description, I'm glad it's nothing I ever pursued. Those dancers are hard core and my lazy butt enjoys spending the day curled up on the couch with a book and my cat too much. Hannah specifically mentions that she had no time to read--the horrors! Jacob does not have that problem though and I was delighted to hear him quote Camus. He even mentions that he eats a lot of pasta--a man after my own heart! Mostly though I loved Hannah and her realistic struggle with the difficult question of what would truly make her happy. A plight most adolescents can relate to whether they've danced a day in their life or not.

Rocks in my socks: The pace lagged a bit in parts and I find the way the book deals with weight a bit alarming although I suppose that is not the fault of the novel but the real-life culture of ballet.

Every book its reader: Fans of ballet will certainly enjoy this novel although it will resonate with anyone who has ever had to make sacrifices for something they are passionate about. Hannah is 19 and the book seems more aimed at older teens but there's no violence and no sexual content beyond some oblique references and some heavy making out. I'd say it's fine for 7th grade and up.

Extras:
You can find an interview with the author at Little Brown's YouTube channel where she talks about the book and her inspiration for it.

Buy it or check it out today!
Posted by auldschoollibrarian at 6:40 AM 0 comments

Dark of the Moon Review Book talk: Ever since Ariadne became She-Who-Will-Be-Goddess her friends have been afraid to touch her, or even talk to her.  It is a great honor, but also a great burden.  Ariadne will never be able to leave the island to see the native lands of the foreigners who arrive by ship.  She will never be able to fall in love and get married.  Her only companion left is her brother, who was born deformed and with so much strength and so little control that he is kept locked below the palace.  And yet she sneaks out to see the ships come in with the tributes and dream of life in lands she will never see.  She knows she shouldn't, but she does anyway, and that is where she first sees Theseus.

Rocks my socks: This book was like a cross between Mary Renault and Marion Zimmer Bradley, so I naturally enjoyed it.  It takes a myth and sets it in the context of historical fiction instead of fantasy and tries to find ways of explaining how the events of the famous story could have actually happened and then later be stretched into myth with the retelling.  The story also contains a strong sympathy for old priestess-centered religions that are dying out as the story is being told.  I loved the parts of the story focused on Ariadne and I found her a sympathetic character as she tried her best to fulfill her role even as she struggled with it.

Rocks in my socks: I was not as big of a fan of the Theseus storyline.  Theseus is a total jerk in the original myth, but at least he's determined and proactive. In this version though, by making his various jerk moves unintended consequences instead of informed choices he came off as a weaker and less interesting character.  This may just be my personal bias against him though.

Every book its reader: I'd recommend it to fans of greek mythology and strong female characters.  It's for a slightly older set than the Percy Jackson books.  The characters are older and there's a few references to the ceremony where she-who-is-goddess marries the king and consummates the marriage before the king is sacrificed.  The story has a generally dark tone as well with the old religion dying out, the tragic character of the Minotaur, and the harsh realities of the sacrificial system.  There's nothing explicit in it though so it should be fine for tweens.

Extras:
Visit the author's website for more information about the book: http://www.tracybarrett.com/dark_of_the_moon_107682.htm

For those unfamiliar with the myth this brief animation provides a great overview and may pique the interest of students.

Even those who think they are unfamiliar with the story might be familiar with allusions to it.  Older teens may recognize Ariadne as the character from Inception.

If all of that isn't enough to get your students' attention you can trot out this little factoid: Suzanne Collins cites the story of Theseus as inspiring The Hunger Games.  Finding connections between the two stories could be a fun exercise.


Dark of the Moon by Tracy Barrett

Buy it or check it out today!

Source: school library
Posted by auldschoollibrarian at 6:35 AM 0 comments

Best Shot in the West Review Book talk: It started by breaking colts: ten cents a horse. Then one day Nat got lucky in a raffle  and he used his winnings to head out west.  Before long he found a cattle team and when they tested him on their wildest horse he showed them what he could do.  He joined on and they fixed him up with new clothes, a gun, and a new name. Nat Love became Deadwood Dick as he adopted the cowboy lifestyle.  His new life full of adventures and the storms, stampedes, and raids made him feel more alive than he ever had before--but if he wasn't careful they would also be the things that killed him.

Rocks my socks: I absolutely loved the artwork in this comic--the bold colors captured the various highs and lows of the story well and the sketchy style matched the dirty, fast-paced lifestyle described.  The story itself is fascinating--all the more so because it is based on real events.  Nat was born as a slave, then became a famously skilled cowboy, and finally ended up as a Pullman Porter (their story is fascinating as well--the Brotherhood of Sleeping Car Porters would later be one of the first African American unions) I was absolutely crazy for the narrative voice of Nat Love.  The framing of the story is that Nat is looking back on his life as an old man and writing down his reminiscences that would later be turned into an autobigoraphy (the story of why he does this is made up but the autobiography is real: The Life and Adventures of Nat Love Better Known in the Cattle Country as "Deadwood Dick") But for all the truly commendable aspects of the story, if I'm being honest I have to admit that mostly I enjoyed it because it was a good cowboy tale full of excitement and adventure.

Rocks my socks: None come to mind, except perhaps that I wish it was longer.

Every book its reader: Fans of old west adventures, history, and comics will all find plenty to keep them happy in these pages.  There is a fair amount of violence, as you'd expect in this type of story, but it is based on real life and not needless or gratuitous.  There are a couple oblique references to other activities cowboys got up to, for example his first impression of Dodge City: "I didn't know if I was in heaven or Sodom." But overall it's pretty tame for a cowboy adventure and Nat mostly acts honorably.  Some of the vocabulary would be hard for younger students but the pictures help get the point across.  I'd say 4th grade and up.

Buy it or check it out today!

Posted by auldschoollibrarian at 8:59 AM 0 comments